Our graduate students have kept busy since last semester!

Over the winter break, Allie Todd interned with the history office at the 621st Contingency Response Wing (CRW) at the McGuire Air Force Base. As the lead in the office’s new heritage program, she curated an exhibit of artifacts related to the history of the wing. Allie also researched events for a forty-foot timeline display for the wing, including writing the text and selecting the photos.

Olivia Errico worked as an Editorial Intern on the October 2019 edition of the Pennsylvania Magazine of History and Biography. In addition, she wrote a review of Troublesome Women: Gender, Crime, and Punishment in Antebellum Pennsylvania by Erica Rhodes Hayden, published in the January 2020 PMHB.

Congratulations on all your achievements! 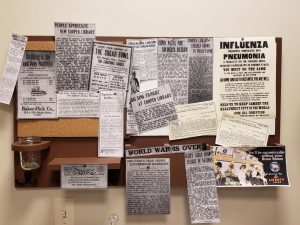 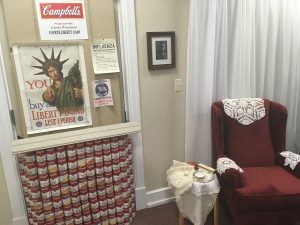 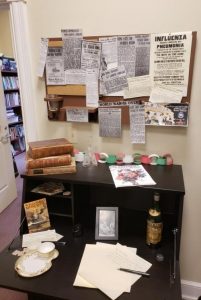 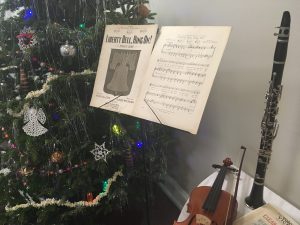 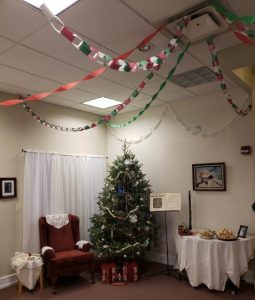 Graduate student Amy Osterhout has only been working with the Old Baldy Civil War Roundtable for a few months, but already her involvement with the organization has proven beneficial. Osterhout manages the group’s social media presence, namely their Facebook page, and uses snippets from the Old Baldy monthly newsletter, promotes the group’s monthly meetings, and posts ritually throughout the day, making sure that those that follow the page stay up-to-date and informed on the latest Old Baldy news. 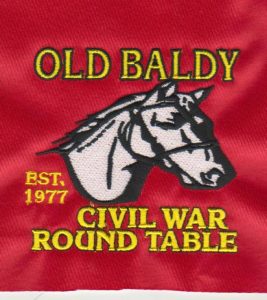 Since starting with the group in late August, Amy has helped to increase the number of “likes” on the Facebook page from 915 to roughly 970. She hopes that the group can reach her personal goal of 1,000 likes soon – with her help and dedication, surely itwill happen! Provide Amy with an extra boost by visiting the Old Baldy Facebook page, and stay up-to-date with all things Civil War.

Keep up the great work, Amy!

Welcome back, students! Poor Richard’s Junto, the Graduate History Club on the Rutgers-Camden campus, wishes you only the best on your first day of classes, and presents to you their September/October Newsletter as a comfort for the back-to-school stress you may be feeling. Visit the club’s Facebook page for routine updates and posts!